A new approach to design. 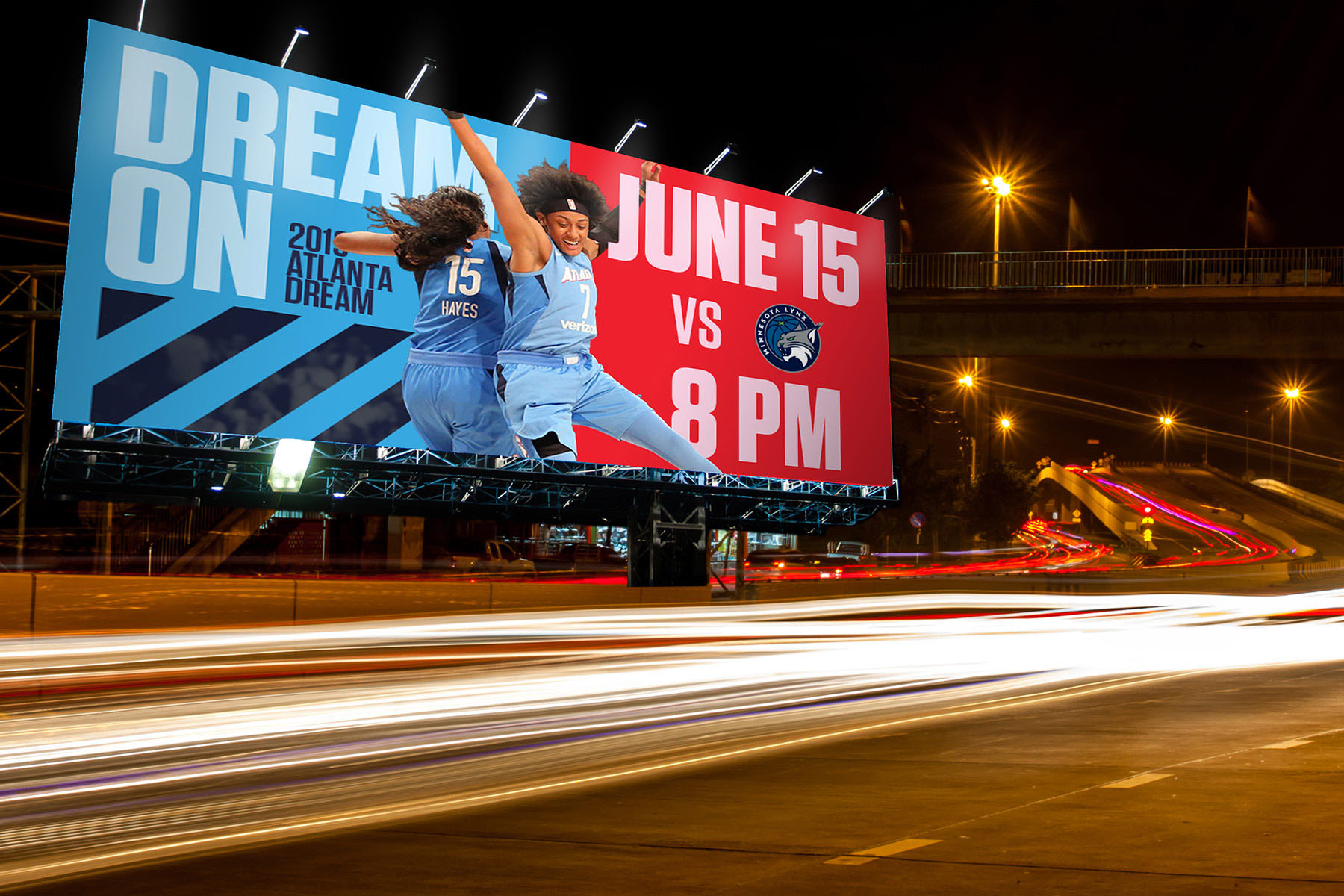 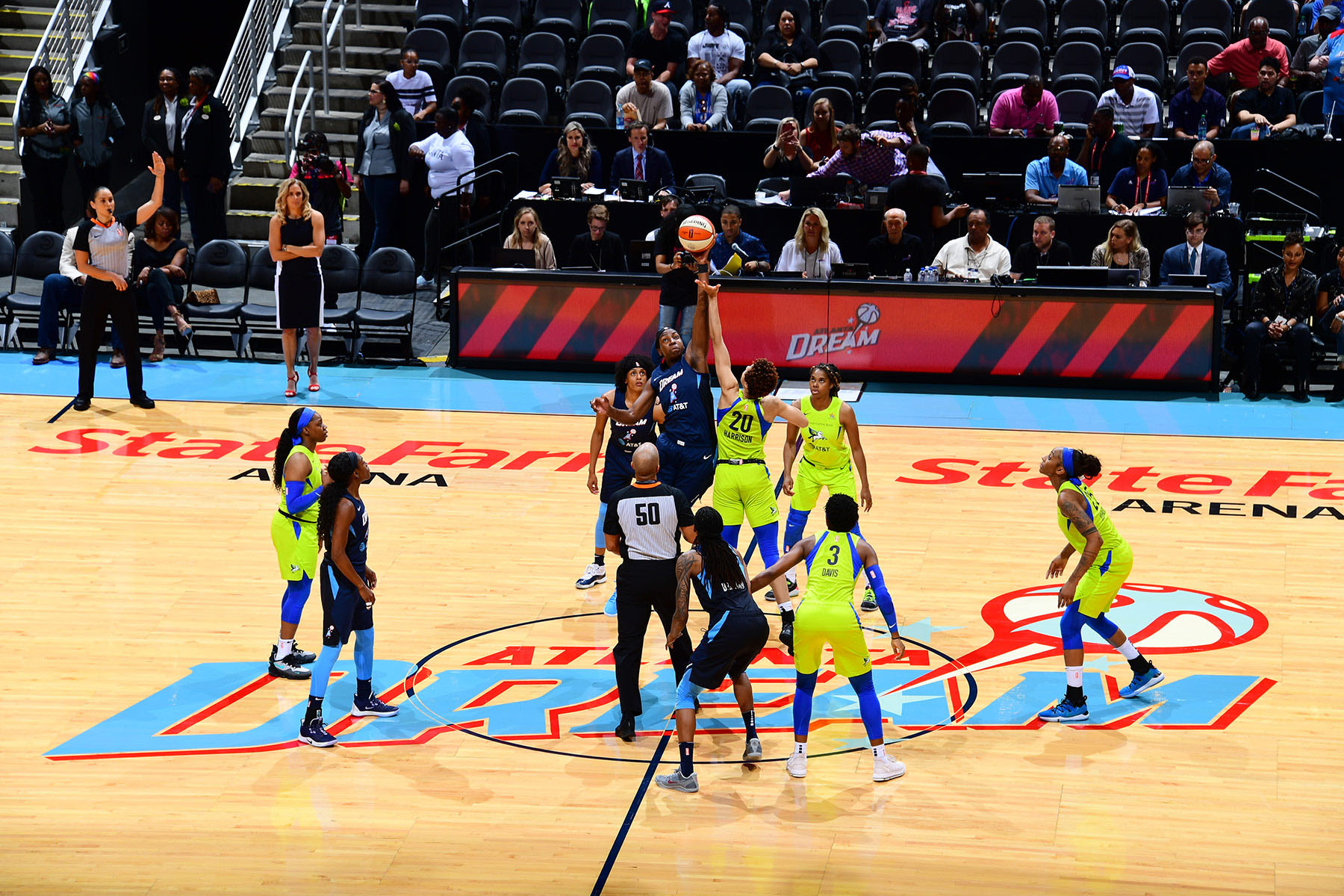 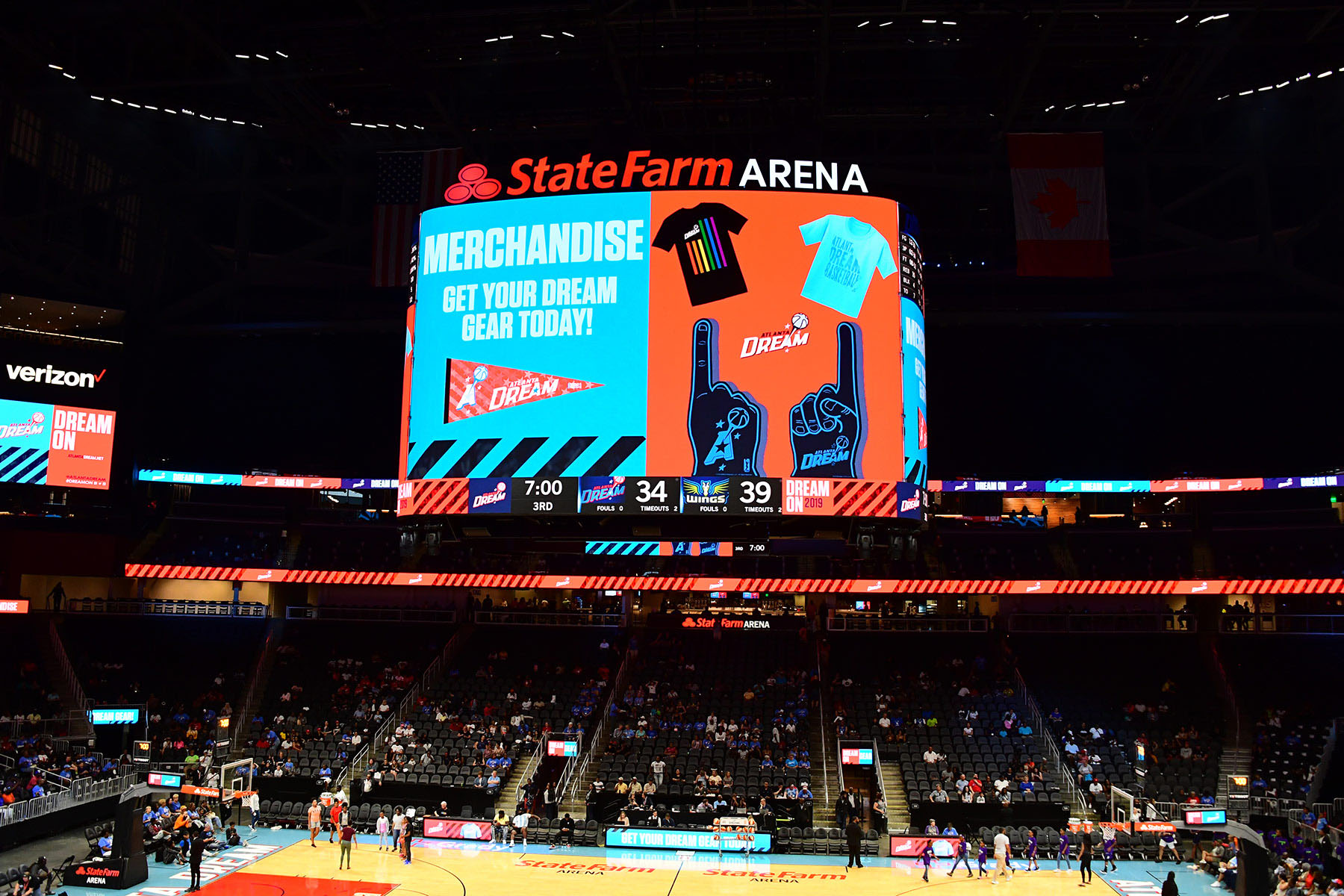 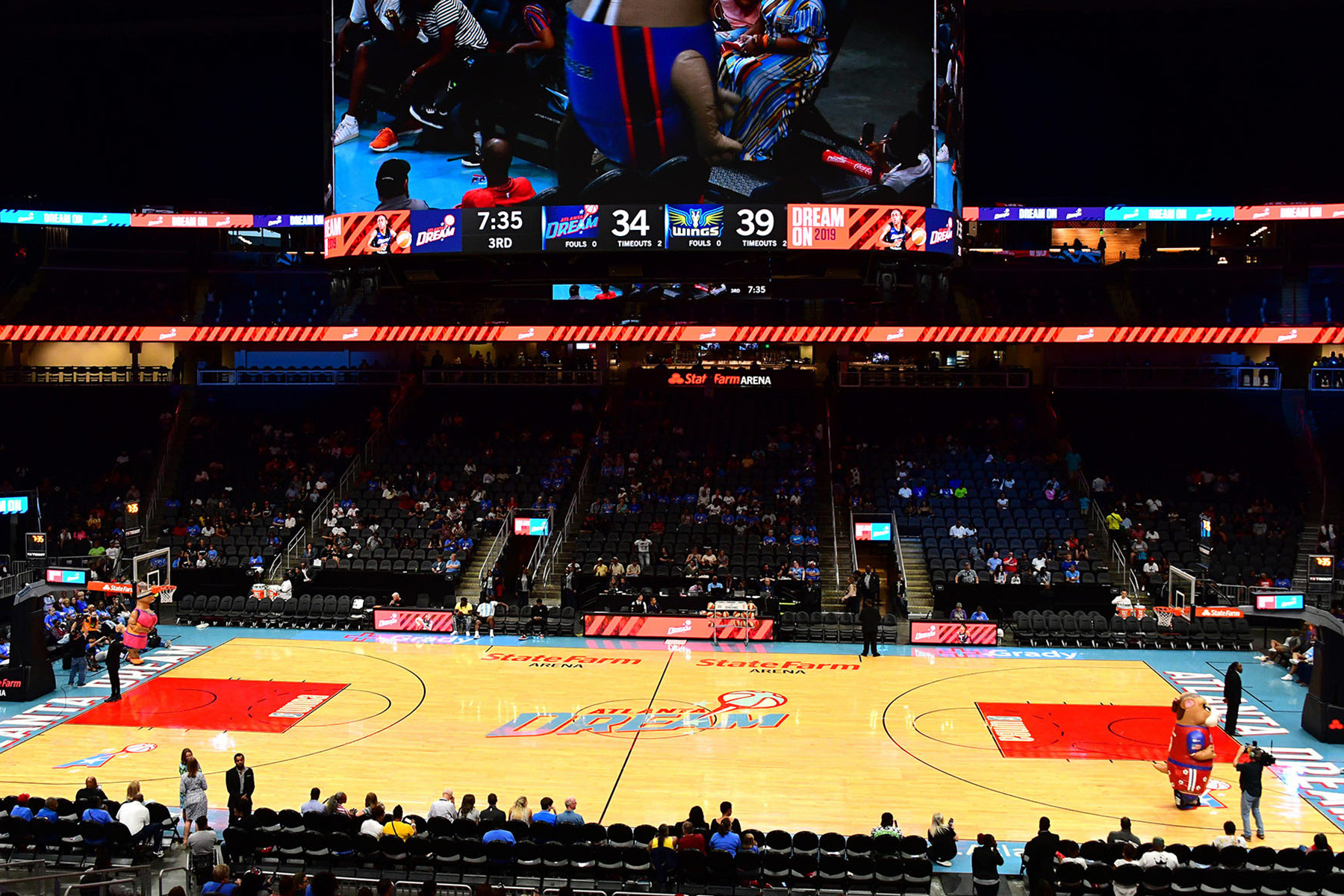 In the Fall of 2018, the Atlanta Dream approached Tantrum for some help with their brand. We helped showed the team how a new approach to graphics and design could breathe some life into their current identity. The Atlanta Dream, who celebrated their 12th season in the WNBA in 2019, played their home games in the newly renovated State Farm Arena in downtown Atlanta. The new technology in the arena presented several new branding opportunities.

Our challenge was to create a graphics package that felt dynamic and made the most of all of the new screens and surfaces. That includes the NBA's first continuous 360-degree video screen. The arena bowl was outfitted with HD-quality, 6mm LED video display technology. The upgrades also include four massive corner video boards, plus upper and lower fascia displays, bringing the total square feet of video throughout State Farm Arena to 12,000 square feet, 10 times more LED video than the prior arena configuration. 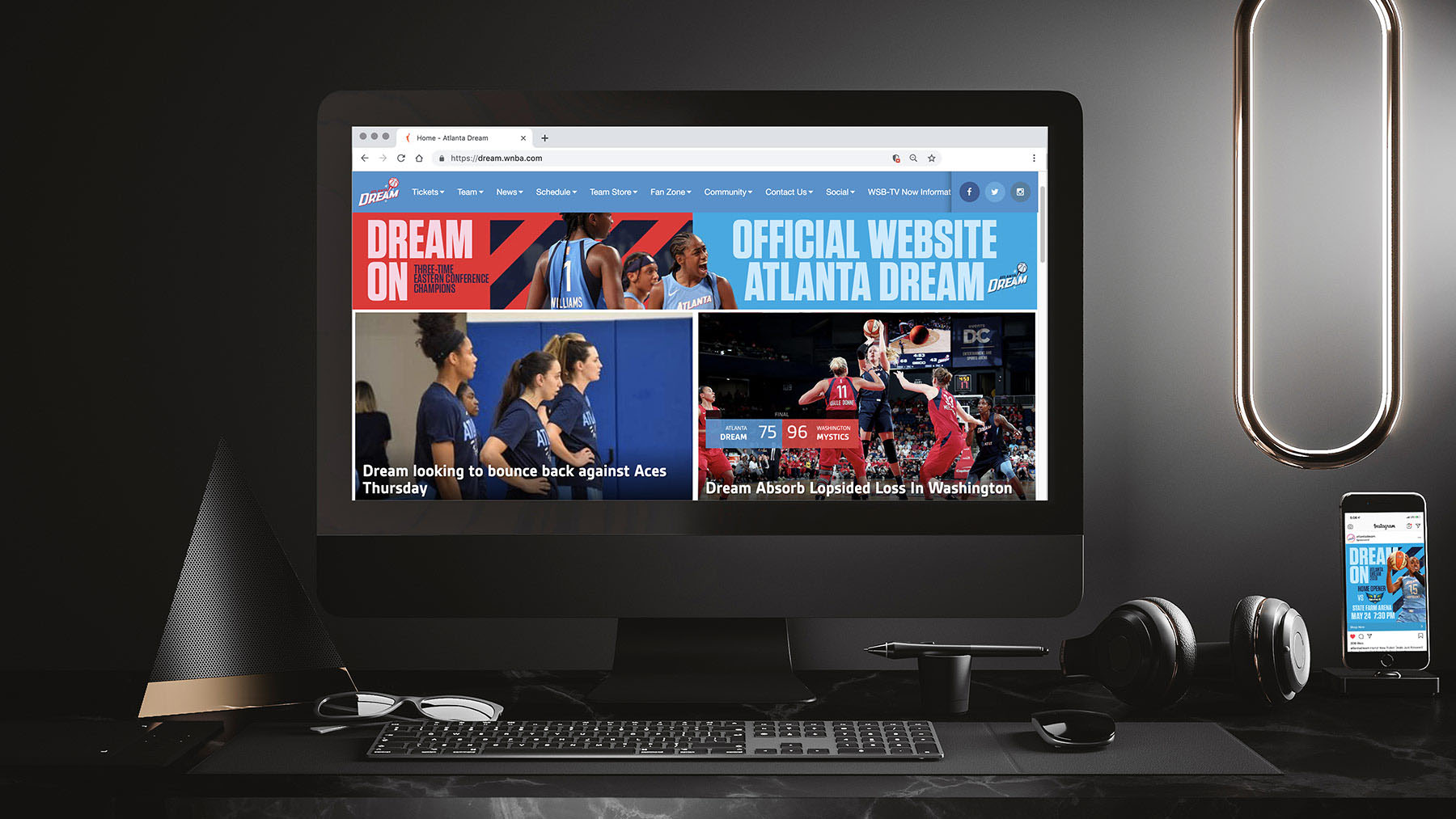 Here's a multi-purpose notification you can use for cookies notices, sales promotions etc.